The Senior’s Guide to Medical Marijuana

Whether you’re for it, against it, or decidedly undecided, the reality is that the legalization of marijuana — both for medicinal and recreational purposes — is on the rise. In fact, while there may be a federal ban on the drug, many states are allowing its use. In fact, 26 states and Washington, D.C. now boast laws legalizing marijuana in one way or another as of last count, according to Governing.com. More are soon to follow after having passed medical marijuana measures of their own. 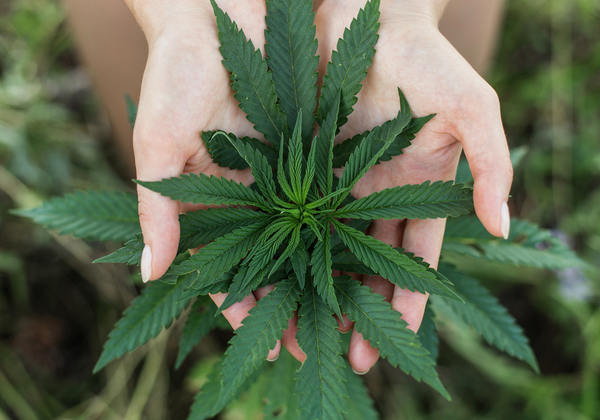 Is this plant the key to a pain-free future?

According to Drugabuse.gov, “Marijuana—also called weed, herb, pot, grass, bud, ganja, Mary Jane, and a vast number of other slang terms—is a greenish-gray mixture of the dried, shredded leaves and flowers of Cannabis sativa, the hemp plant.”

The active ingredient in marijuana is THC, or tetrahydrocannabinol which, acts in a similar way to the body’s naturally occurring cannabinoid chemicals. Says LiveScience, “Cannabinoid receptors are concentrated in certain areas of the brain associated with thinking, memory, pleasure, coordination and time perception. THC attaches to these receptors and activates them and affects a person’s memory, pleasure, movements, thinking, concentration, coordination, and sensory and time perception.” 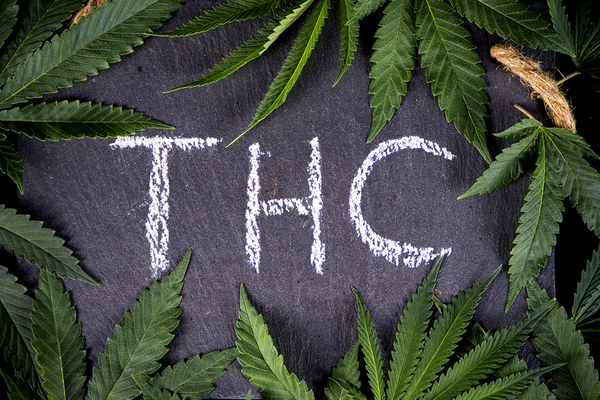 The effects of marijuana use — a “high,” often accompanied by altered senses and sense of time; mood changes; impaired body movement; difficulty thinking and problem-solving; and impaired movement — usually last between 30 minutes and an hour. However, there are also some long-term effects on brain development, particularly for young people. Other side effects of marijuana use may include breathing problems, increased heart rate, and temporary hallucinations and paranoia. It may also have a worsening effect on people with mental health problems, particularly those with schizophrenia.

According to statistics from Pew Research, nearly half of Americans have tried marijuana — more than 10 percent in the past year alone. However, less than 10 percent of people who try marijuana end up meeting the clinical criteria for dependence (compared to 32 percent and 15 percent for tobacco and alcohol, respectively), according to the Drug Policy Alliance.

One of the world’s most popular illicit drugs, marijuana is also growing in use for another purpose: medicinal.

3. What is Medical Marijuana?

Also referred to as “medical cannabis,” medical marijuana refers to marijuana used to treat a disease and/or ease its symptoms. It may be used for the short-term or for years, depending on why it is being used. According to the NIH’s National Center for Complementary and Integrative Health, medical marijuana is not all that new. In fact, people have been using it for more than 3,000 years.

However, a growing body of scientific research now points to the benefits of medical marijuana and THC. Says Drugabuse.gov, “THC can increase appetite and reduce nausea. THC may also decrease pain, inflammation (swelling and redness), and muscle control problems.” More specifically, it’s used to treat a number of different health conditions, including the following, as identified by the Mayo Clinic:

The safety of medical marijuana is under debate due to its potential side effects. However, the Food and Drug Administration (FDA) has approved two synthetic forms of legally prescribed marijuana: dronabinol and nabilone, and clinical research projects are underway aimed at investigating potential new types of marijuana-based drugs and their potential to treat everything from HIV and AIDs to mental disorders.

Medical marijuana is available in a number of different forms, including pills, oils, vaporized liquids, nasal sprays, dried leaves and buds, and plants. 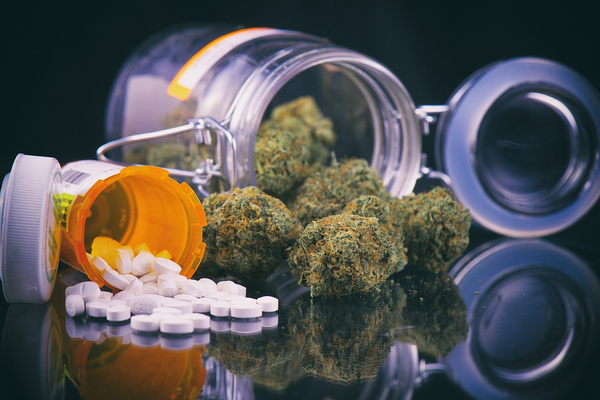 Despite its promise, marijuana is considered a Schedule I drug under federal law. Says the Mayo Clinic, “Each state that has legalized medical marijuana regulates who may use it and how the product is distributed within its borders. Some states have processes for certifying and registering eligible people. Some have also designated dispensaries, or medical marijuana centers, where people can get the product and advice on dosing and what form to use for their condition.” Still, federal laws take precedent over state laws, which means people can still be charged with possession in states permitting the drug’s medical use.

4. Facts on Seniors and Medical Marijuana

The growing senior population associated with the aging of the massive baby boomer generation and increasing knowledge about the benefits of medical marijuana is resulting in a phenomenon in which more seniors are “just say[ing] yes” to the drug.

According to a recent CBS News report, people over the age of 55 are “using more and more marijuana” – due in no small part to the fact that many of them live in areas where the drug is now legal. In fact, many seniors are now seeking out states where marijuana is legal when planning their retirement moves, according to Money. One state with a particularly complex journey regarding marijuana legalization? Florida. [INSERT LINK TO SUBHUB “Florida’s Rocky Road to Making Medical Marijuana Work” here.]

Even more surprising? Seniors have been at the forefront of the campaign for the legalization of marijuana for more than a decade, according to a poll conducted for the American Association of Retired Persons (AARP), which revealed that just under three-quarters of people over the age of 45 believed that “adults should be allowed to legally use marijuana for medical purposes if a physician recommends it.”

Among its supporters as a treatment for senior ills and ailments? Dr. Igor Grant, a distinguished professor and chair of the Department of Psychiatry at the University of California, San Diego, who told CBS News, “There is increasing evidence that cannabis is helpful in the management of certain kinds of pain.” Which types of pain, exactly? The type often experienced by older adults, including everything from arthritis to chemotherapy.

Echoed Taylor West, deputy director of the Denver-based National Cannabis Industry Association, in an interview with Money, “A lot of the things marijuana is best at are conditions which become more of an issue as you get older. Chronic pain, inflammation, insomnia, loss of appetite: All of those things are widespread among seniors.”

Grant also points out the potential value of cannabis as a less expensive, less addictive alternative to painkillers. It may also help minimize polypharmacy — a common problem among seniors. He told CBS News, “An interesting question is, if people are prescribed cannabis, does that have then an opioid-sparing effect? Because again, for chronic pain we do use opioids — Vicodin and drugs like this.” However, he also indicates the need for concrete research backing up this preliminary evidence.

Medical marijuana has found plenty of advocates among seniors willing to share their enthusiasm with others. A former high school principal, 68-year-old Sue Taylor now praises the role marijuana plays in helping her live better. So how does she use it?  Taylor told CBS News, “Number one is arthritis. There are tinctures and rubs that you could actually put on your legs, on your knees, across your back, wherever you’re having any arthritic pain. Most seniors use the cannabis for pain and to sleep.”

But seniors have more to offer than enthusiasm to their peers wondering whether or not to try medical marijuana. Renee Lee, president and “kind of pot guidance counselor” at Walnut Creek, California’s Rossmoor retirement community told CBS News, “We caution, especially the seniors, to stay away from edibles, and really start slow. We start with low dosage, we start in the early evening, telling them not to drive, not to mix alcohol. There’s a lot of cautions, a lot of education that goes along with it.”

Perhaps Taylor summed it up best in explaining the trend to CBS News: “Seniors don’t want to get high; they want to get well,” she said. “And the cannabis helps.”

5. Is Medical Marijuana Right for You?

Karl Keich, founder of Seattle Medical Marijuana Association, recently told Money of his mature clientele, “Our demographic is not punk kids. About half of the people coming into our shop are seniors. It’s a place where your mother or grandmother can come in and feel safe.”

Which begs the question: Is medical marijuana right for you?  While there’s no one-size-fits-all answer to this question, there’s also no clear-cut reason for seniors to rule it out as a possibility. For those suffering from uncomfortable symptoms related to a chronic disease or side effects of medical treatment, marijuana may offer new hope in managing and alleviating pain and nausea. 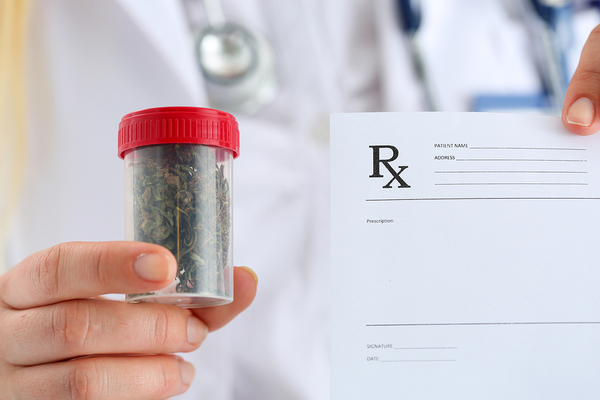 Not sure if medical marijuana is for you? Talk to your doctor.

A conversation with a healthcare practitioner can help you determine whether medical marijuana may be right for you, and at what dosage and frequency. Says US News & World Report, “Just as with any medication, you need to be informed about its proper use, side effects and potential interactions with other medications. The most important thing you can do is have an open dialogue with your primary health care provider to learn the facts about the use of medical marijuana in your state and the available treatment options.”

Filed Under: Health Topics  blog from The Senior List

The Florida Medical Cannabis Conference is designed to provide unprecedented education, new cannabis experiences and networking opportunities under one roof.